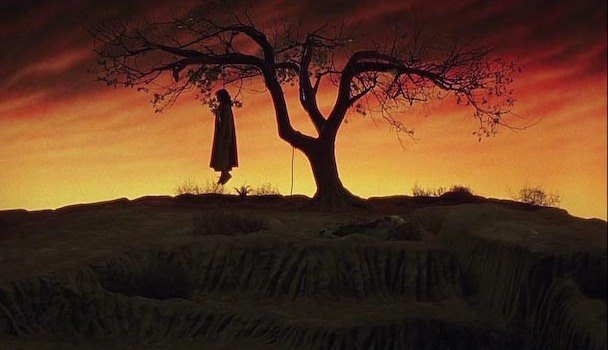 Amid the noise and haste of life, I have continued to chip away at the last installment of my angel trilogy, The Saint of El Camino Real. Here is how it begins. Tell me, does this make you want to continue reading?

When Judas, his betrayer, saw that he was condemned, he repented and brought back the thirty pieces of silver to the chief priests and the elders, saying, “I have sinned in betraying innocent blood.” They said, “What is that to us? See to it yourself.” And throwing down the pieces of silver in the temple, he departed; and he went and hanged himself.

– The Gospel of Saint Matthew, Chapter 27

The stench was so awful it almost made the young Vespasian vomit. He ordered Laelius, his slave, to grab the rope. No one was else near. The Jews would not approach the rotting flesh for fear of contamination. Roman slaves would later remove the corpse as a random punishment for some invented offense. But only after the Jewish Sabbath had passed, of course … everything had to be done in accordance with the Jewish schedule.

Vespasian’s cohort had been dispatched to Judea a month ago because of the Jewish holiday. Pilate, the Prefect of region, had requested that the Emperor send extra troops to quell the expected crowds.

Vespasian hated Judea. He’d been there once before, en route to Egypt. He hated the Jews and their strange religion. And the tolerances of Pax Romana — he hated that too. Why didn’t Rome just wipe them out and have it done with? Or leave the place altogether? For Vespasian, he couldn’t get back to Rome soon enough.

He wasn’t sure why wanted the noose. It was a quirk of his. He enjoyed collecting instruments of death. He believed they held power, the power of the victim. And this victim was quite unique. He’d been duped by the Jewish leaders into betraying one of his own kind — a man who had gained the reputation of a prophet. A man who the Jews saw as a threat. And after the weak Pilate acquiesced to the Jews’ demand for an execution, the betrayer felt remorse and hung himself.

As Vespasian and Laelius made their way back to their encampment, they saw a group of Jews coming towards them. A member of the Sanhedrin, the high council of the Jews, was leading an ox cart. Vespasian recognized him by his long beard and elaborate robe. Behind the cart were three women and a young man, all walking slowly. As the group came closer, he could see that they were in tears and that the cart was carrying a bloodied corpse wrapped in a large sheet. Over the side of the makeshift bier, an arm was hanging out from under the sheet. Blood trickled from a large deep gash just above the wrist bone. The unmistakable wound of crucifixion.

And no sooner had the thought crossed his mind than he became gripped by panic. Vespasian, a man who had survived terrible battles against ruthless enemies, found himself feeling like a scared child.

Though it was a warm spring day, his hands suddenly grew cold. The rope he held felt heavy, even burdensome. He dropped it to the ground and immediately the sensation left him.

The small entourage came to where Vespasian and Laelius stood. The old Jew stopped, looked at Vespasian, and waited.

Vespasian eyed the body of the dead prophet in the cart. The sheet was dark brown where the blood had dried and crimson where still wet. Only small patches of the original white remained.

Vespasian nodded to the Jew and stepped back to let the group proceed.
After they had passed, Vespasian reached down and picked up the rope.